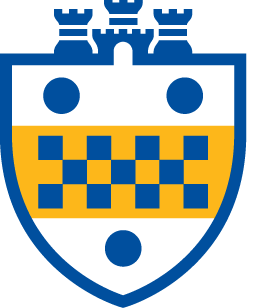 As an introduction, watch this movie from the KhanAcademy.
If the movie does not play in this window, or you would like to see it in a window of alternate size, download it from this link.

The subunits of voltage-gated ion channels change conformation in accordance with membrane potential. This can result in the opening of a pore that allows a specific ion to pass through the membrane.

As noted above, the voltage-gated K+ channels close slowly after the membrane has been repolarized. Consequently, the K+ conductance is higher (and the neuronal membrane is more hyperpolarized) at the end of the action than in the normal resting state. As a result, it is more difficult to generate the amount of depolarization needed to open the activation gates. This period of higher K+ conductance at the end of an action potential results in a relative refractory period, during which it is possible to elicit an action potential, although a strong excitation is need to do so.

Myelination allows a bolus of sodium that enters through voltage-gated Na+ channels to move quickly down the axon without leaking out very much. Another action potential occurs at the next node of Ranvier down the axon, refreshing the process. As such, the action potential appears to "leap" between the nodes of Ranvier, in a process called saltatory conduction.

Saltatory conduction allows electrical nerve signals to be propagated long distances at high rates without any degradation of the signal. In addition, the process is energy-efficient, as perturbations in the normal compartmentalization of Na+ and K+ only occur at the nodes of Ranvier. Bear in mind that after an action potential, the sodium-potassium pump has to restore the normal ionic balance across the membrane. Minimizing the need to do this reduces ATP expenditure.

In contrast to myelinated axons, unmyelinated neurons must "refresh" the action potential in every successive patch of membrane. Thus, a repeated entry of Na+ ions and efflux of K+ ions occurs down the axon. The ionic redistribution is restored to the resting state by the sodium-potassium pump, but this requires a large amount of energy.

How do the amount of myelination and the diameter of an axon determine its conduction velocity?

Let's turn to the KhanAcademy for an explanation.

Some Neurons Are Weird

Test your knowledge using this assessment.